Marketing with attitude: a dressing down from ASOS 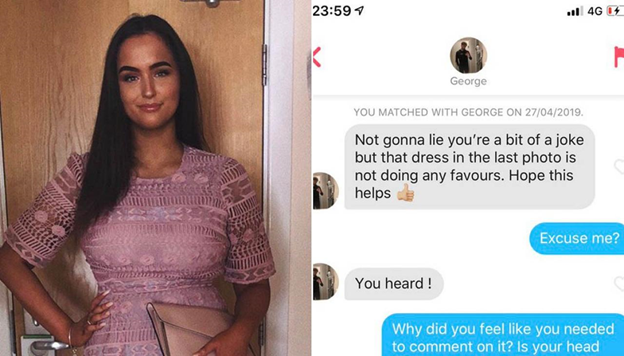 In a story that has been plastered across global tabloids and social media for the last week, British online fashion and cosmetic retailer ASOS has used a sassy retort to body-shaming to gain huge respect from its young customer base.

It’s a no from me

20-year-old Thea Lauryn Chippendale matched with a boy on Tinder who messaged to let her know her dress was “awful” and she should “shop somewhere decent”. After Thea posted a screen grab of the messages on Twitter alongside a picture of herself in the ASOS dress, the fashion house saw an opportunity to strike gold with its audience of 20-somethings.

After Thea’s tweet went viral – amassing more than 90,000 likes and thousands of supportive comments – ASOS messaged asking if she would like to be on the product page for the dress. Within a day the fashion website tweeted her to show it was using her photo in the image gallery on the page where the outfit was being sold – giving her the last laugh.

The social snap back

ASOS has a social following that exceeds 19 million and 13.4 million active customers. Its decision to condemn body-shaming comments without targeting the individual for saying them, was both classy, clever and completely consistent with the company’s ethos. The top line of ASOS’ ‘Who we are’ page on its website reads; “We believe in a world where you have total freedom to be you, without judgement.”

ASOS’ social media community rallied around Thea too, with more than 4,700 people sharing complimentary comments on her initial tweet. By using Thea’s image on-site, ASOS was not only able to organically trend on Twitter but also garner significant media coverage for its product and inclusive brand identity. The story has now been covered by The Sun, BBC, Stuff, The Stylist, Evening Standard and many more.

ASOS’ campaign was successful because the company understood its greatest business asset is its audience – the people who show up to read its content, share its social media, and become loyal customers. ASOS was able to react to something negative happening to a customer and make it a positive for everyone. Knowing its audience demographic, brand identity and messaging inside-out meant the company could respond quickly and with personality.  It is a move I expect will send sales rocketing overnight and other companies scrambling to pull off something similar.

Key takeaway? When a company treats its audience with integrity, it does not have to be afraid to sell.